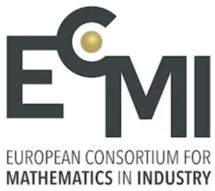 Controlled drug delivery systems have become common in the clinic. These systems combine a platform or carrier with a drug in such a way that the drug is efficiently released to a target tissue or organ, while maintaining the drug concentration within a therapeutic window. Implantable devices are designed to replace, support or enhance a damaged/diseased biological structure. These may or may not contain drug. The challenge is to create a biocompatible implant that possesses the required structural and material properties depending on target location in the body. In each of these areas, there remains a number of scientific and technological challenges and an opportunity for further fine-tuning and optimization.

We expect contributions to come from those with expertise in areas such as continuum mechanics, structural and soft tissue mechanics, numerical analysis, mathematical biology and multi-objective optimisation.